Here's your opportunity to order exact succulent species at an awesome price!  We will continue to add new types as they become available, and we're pretty darn sure you won't find them cheaper anywhere!

We always do our best to ship the largest and healthiest succulents we have available.  But size and color may vary based on multiple factors including time of year, growing temps, length of days, and their growing seasons. Succulents generally slow down and almost stop growing during the coldest months of the year, but come spring and summer you can often see growth in just days.

If looking for exact Haworthias, Gasterias and Aloes, please see those pages specifically.

Some containers may have 1,2,3, and even 4 smaller rooted plants, this can also vary based on the species and the way they grow, vertical vs horizontal being possible factors.  Containers are basic plastic nursery stock with colors are usually orange or black, and approx. 2" tall and across the top.

Please remember these are juvenile specimens, they are nowhere near maturity, and any small imperfections will be outgrown in time.  Please see our multiple blogs and care instruction on potential soil displacement during shipping, and propagating many types of succulent leaves etc.

Unfortunately we cannot delay shipping on these exact types as our stock is always changing and what we have available today, may not be available tomorrow or next week/month.

People Love Our #29 Black Aeonium! Have a Read:

I ordered the black rose along with several others nearly two months ago. When they arrived, they looked—I can't really mince words here—quite sad, except for one. Aeoniums are fragile, so it took the brunt in shipping. The others were a thyrsiflora, perle von nurnberg and cubic frost.

As a side note, I had also ordered a mini jade, but that one didn't give a **** about losing light and being jostled around for a few days, so I'll ignore that here.

Back to the black rose, it suffered a bit of rough treatment getting to me (even though the packaging was *perfect*, so it's not TSS's fault) and was unable to stand up straight on its own. About a third of the leaves were in poor shape, too, not even counting the lowest ones that wilt naturally.

The thyrsiflora was droopy and frankly it looked ready to die. The echeverias were both rather green, so they clearly didn't respond well to the lack of light in the box.

I don't exactly have a green thumb, so I was worried about whether or not some of the plants would survive for long. I emailed TSS a couple times, and they were helpful and quick to respond each time.

Thankfully, succulents are even more forgiving than I anticipated. I put them in some Bonsai Jack #111 soil, watered them once a week, and kind of just left them to do their thing on my windowsill.

After the last two months, I'm thoroughly impressed with them. My progress with them might sound slow, but having them still alive and kicking somehow means a lot to me. They're barely any bigger, and I'm okay with that, I'd rather they stay small for a while. The leaves, though...

The thyrsiflora is growing them like weeds out the center AND sides, while the outer ones are slowly getting cannibalized. Similarly, all the others are having their lowest leaves dry out (easy to pull out or just pick up off the soil) to make way for the new growth, and the fresh leaves on the cubic frost and perle are both showing their true colors, covering about half the plant each now.

And the black rose is looking like, well, a black rose, and I can't wait to see how it gets when it grows out some more. The stem came around two inches long, so it's pretty tall, but the rosette is coming in really compact, with virtually no green except in the very center. It's also straightening up some after being propped up while it rooted in the new pot.

It's been encouraging watching these plants recover and seem to just refuse to die despite my inexperience, and TSS's support was great when I needed it early on. I'll definitely be ordering again some time.

The one's I received don't look like the picture but I figure that's because the ones I got are very tall and seems like they got a little stressed during shipping. They are looking better after being under a good light and getting a good water once I received them. With them being so tall I will be beheading them eventually once I get them looking better again. Still love them though!

K
Karla Q.M.
The aeonium was destroyed when it got to me

I know how you guys take the time to warp the plants to make sure they get to your customers in good shape, but you most have changed shipping companies because the plants were revived totally without dirt and the aeonium died since it came separated from its root. 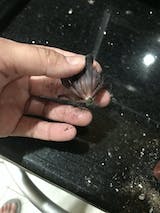 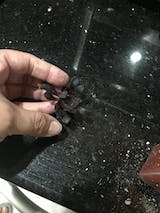 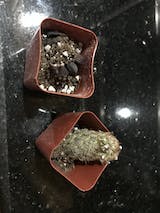 We are so very sorry to hear about this. We do ask our customers to please contact us ASAP if there are any issues with the plant so that we can make an order right, even if the order is damaged by the shipping company. Please feel free to send us pictures of your plant so that we can complete your order to make you a happy customer.

For this succulent am giving 3 stars just because I received this one that to me is much less appealing than the one that is shown, maybe adding a picture of the variant of this succulent would have help, the rest of my order was just great, it arrived a day before than expected.
The picture shown is just minutes after the package arrived so succulent is a little bent.