<3 Love is in the Air... Click HERE for VDAY Succulents <3
Prev Next

Best purchase I have made in years.
This plant was healthy and beautiful upon arrival.
Will be back for more shortly.
Would highly recommend this business to anyone wanting great plants. 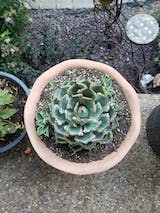